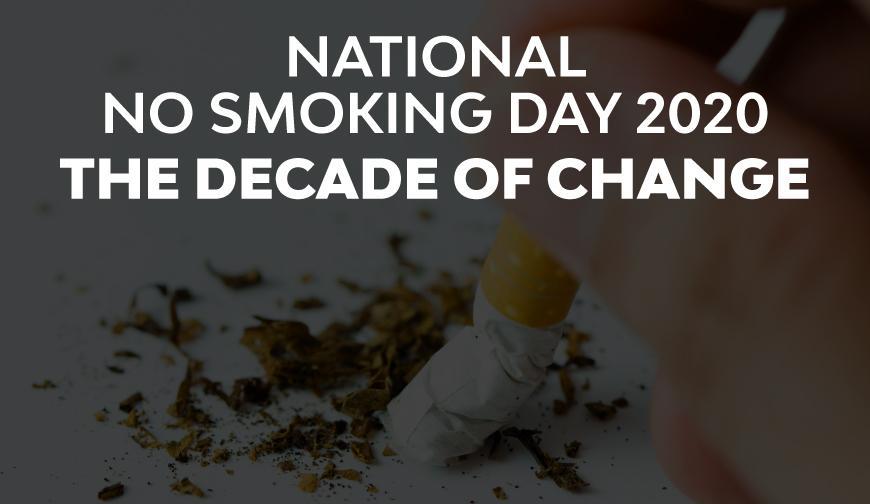 Change is coming and I hope you’re ready. On March 14th, National No Smoking Day will help millions of smokers give up for good. Established in 1984, NNSD has become a yearly tradition, making a huge impact on lives around the globe. Intended for smokers who want to quit, National No Smoking Day supports millions of people around the UK in taking a huge step towards improving their health. This annual event is funded by the British Heart Foundation and the NHS, who give people the tools and advice they need to kick this dangerous habit for good.

Facts you need to know

Smoking causes early menopause, bronchitis, blood clotting, anxiety and high cholesterol, so join around a million other smokers on 14th March 2020 and beat your addiction.

Why choose to vape?

Many have tried and failed following the NHS nicotine alternatives like chewing gum, inhalers and patches, however vaping is the most successful way to date, in allowing people to quit smoking. E-Cigarettes allow you to inhale nicotine in a vapour rather than smoke and this has been proven time after time that it is significantly less harmful than smoking a cigarette.

Professor Jeremy Pearson, Associate Medical Director at the British Heart Foundation, said: “This study suggests that vaping may be less harmful to your blood vessels than smoking cigarettes. Within just one month of ditching tobacco for electronic cigarettes, people’s blood vessel health had started to recover.“

The eradication of smoking in the UK will be a huge step forward for our country, one which will benefit not just smokers, but the majority of the UK population. Smokers will have control of their nicotine intake, have more money in their pocket and live to see their families and friends for much longer. Non-smokers will also have a reduced cancer risk from second-hand smoke. Some who make the switch even opt for lower nicotine strength, aiming to quit nicotine altogether. A recent study from the UK Government found that 49.2% of vapers reduced their nicotine strength after taking up vaping.

Read more about our research into the health benefits in our blog post ‘5 Things everyone gets wrong about vaping’ here.

No matter how long you have been smoking, it’s never too late to join the decade of change.