Celebrity Vapers, the Stars who Made the Switch 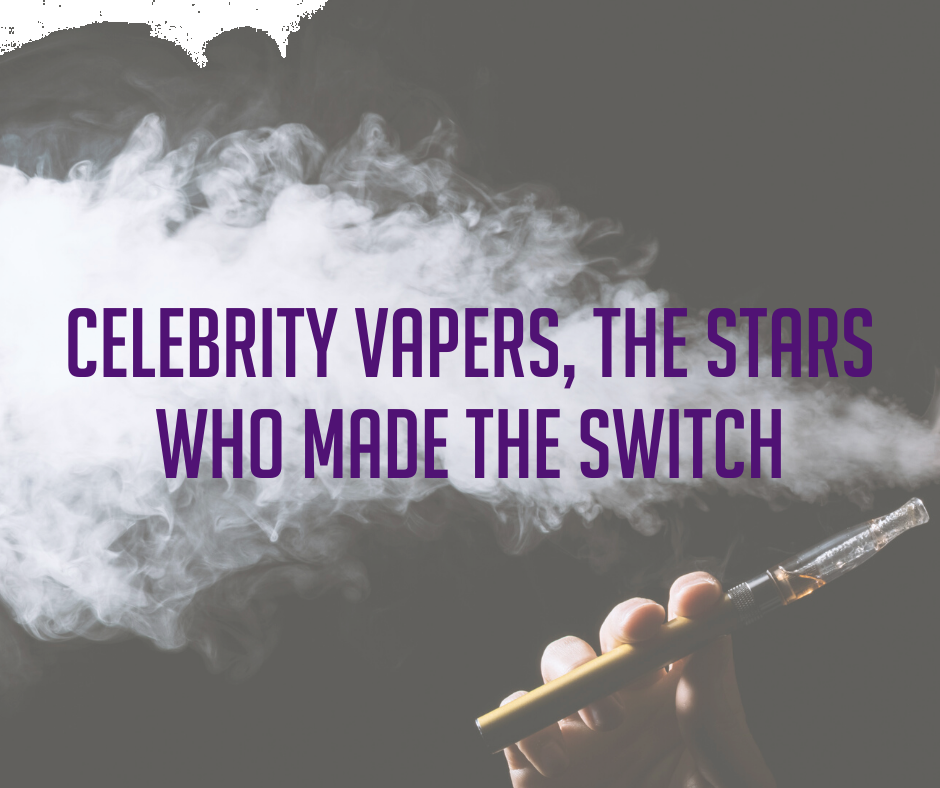 Vaping is a growing phenomenon as more people make the switch to e-cigarettes in a bid to ditch traditional cigarettes. This follows a series of campaigns by leading officials such as Public Health England, the Royal Society of Public Health and the NHS, to name a few.

Alongside the general public, many celebs are also taking the steps towards a fresher life, choosing to vape rather than smoke. Below are just a few stars who have made the switch!

Actor Tom Hardy is often seen out vaping, even doing so in interviews!

Former Top Gear presenter, Richard Hammond is often seen between shoots puffing away on his e-cigarette.

I kissed a girl singer; Katy Perry is not ashamed to share her enthusiasm of vaping as she is often seen vaping on her pen device.

Solo artist and former One Direction singer, Zayn Malik has been spotted on several occasions, toting his device when working and celebrating in the evenings.

Model/actress, Cara Delevingne regularly uses her e-cigarette when she’s out and about.

Leonardo is not afraid to vape, even pulling out his device at award shows. He’s arguably one of the famous actors in the world and is a clear advocate of using the devices.

Renowned model, Kate Moss is a huge vaper, having made the transition in 2013. Rumour has it she even paid her assistant £2000 to fly cross country to pick up her favourite e-cigarette.

Notable talent show panellist, Simon Cowell took up vaping shortly after the birth of his son, claiming it to be a less harmful option.

Rolling Stones guitarist, Ronnie Wood has been seen multiple times with a vape stick while he continues his rock and roll lifestyle!

Previously, leading singer/actress Lady Gaga was known for regularly smoking cigarettes, but in recent years she moved to vaping and hasn’t looked back. It’s not uncommon to see the star carrying her device when going about her daily life.

Pirates of the Caribbean star, Jonny Depp has been seen vaping both onscreen and off-screen, with his character on the Tourist using an e-cigarette device.

Musician, Bruno Mars switched to vaping after promising his late mother that he would. He adopted vaping with ease and is rumoured to invested money into e-cigarette manufacturing companies.

Leading singer/actress Miley Cyrus is open about vaping, even using her device during her performances.

Legendary actor, Jack Nicholson has been captured vaping in his daily life, including at signings and large sporting events.

27 Dresses actress Katherine Heigl is known for her controversial acts and opinions. Still, one of her more notorious acts is vaping on the Tonight Show with David Letterman as she showed her support for the devices.

The Stars that Switched

These are a few of the notable figures in pop culture that openly share their love of vaping as they use the devices at largescale events through to their day-to-day personal life outside of the limelight.

It’s for many reasons that the celebs have decided to make the switch, but like many Brits, they’ve found vaping a crucial aid and made the transition a permanent one!