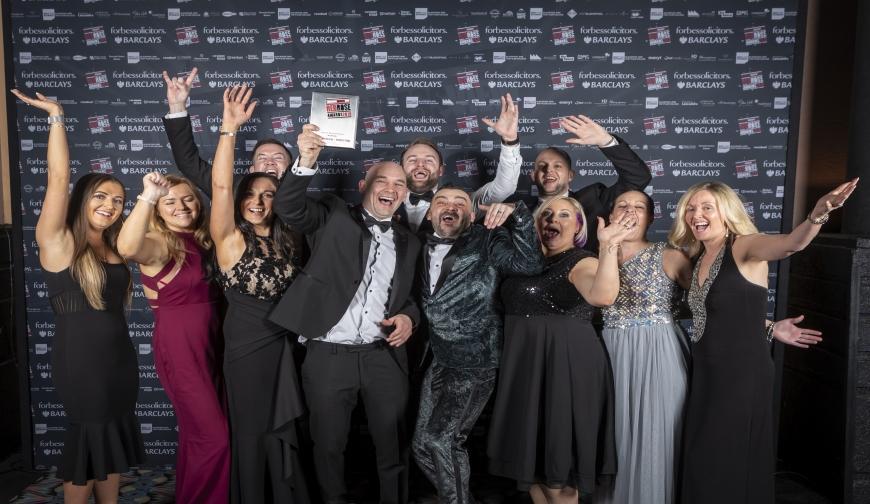 We are proud to announce that Flavour Warehouse, the parent company of Vampire Vape, won two awards at the prestigious Red Rose Awards at the esteemed event in Blackpool.

Managing Director, Philip Boyle was delighted with the outcome: “It’s with great honour that we received these awards, especially as Flavour Warehouse was founded only seven years ago in Lancashire.

“It’s a fantastic tribute to our hard work and that of our employees.”

The Red Rose Awards celebrate Lancashire businesses and their input into the area, especially employment. Flavour Warehouse prides itself on operating within the UK which starts right from conception to manufacturing and distribution.

Philip and Nathan launched the company in a bid to manufacture e-liquid that could be trusted. This has been the core principle of the business, to ensure all ingredients are documented and that only the highest-quality of e-liquid leaves the building.

Philip went on to say: “It’s our goal to become the most trusted e-liquid manufacturer that continues to support people who are looking for a less harmful alternative to traditional cigarettes.

“Producing our products in the UK enables Flavour Warehouse to confidently say that we produce the purest e-liquid with every ingredient tested and documented.”