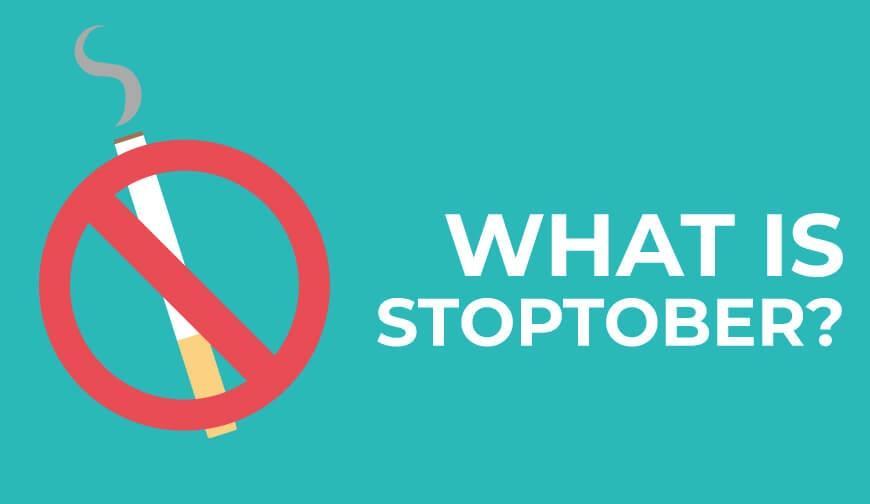 Stoptober is a yearly campaign that was first initiated in 2012, with the singular goal to help people quit smoking.

The World Health Organisation (WHO) estimates that around eight million people die from smoking per year, seven million being from direct usage and about 1.2 million from being exposed to second-hand smoke. This is a huge impact on the population that could be eliminated if people quit smoking.

Stoptober is a major campaign launched by the government in a bid to reduce the number of people, directly and indirectly, dying from smoking.

The event, run by Public Health England, offers advice, face to face interaction with cessation services and replacement therapies that a smoker can use to quit. In recent years Stoptober has featured e-cigarettes following multiple claims from official bodies that claim e-cigarettes to be a less harmful alternative.

What We Know About E-cigarettes

There is a lot of emphasis on e-cigarettes following a multitude of positive findings from researched projects by officials all over the world. These have become useful tools and often promoted, especially as only 4-7% of smokers can quit cold turkey, according to Quitters Circle. Furthermore, a study by officials found that e-cigarettes are twice as effective as Nicotine Replacement Therapies, which includes patches, gum, spray and lozenge.

So far, research has found that:

Due to the ever-rising claims, e-cigarettes have become a popular option that many are referring current smokers to.

Why is Stoptober Important?

Stoptober is a large-scale event that lasts 28 days as research has found that you are FIVE times more likely to quit if you can give up cigarettes for 28 days.

Your Body’s Response to Quitting Smoking

The body is an amazing and often resilient force that will repair itself to its best ability. According to the NHS, your body will start to recover itself within just 20 minutes as pulse rate returns to normal, but here are a few more key facts:

Quitting smoking is easily the best health move a person can make, the facts above are an incredible testament to that.

For further information, see our blog on What Happens to Your Body when you Stop Smoking?

Tricks to Curb your Cravings

Giving up smoking is no easy feat thanks to - the nicotine element in cigarettes, which is an addictive substance. Withdrawal from nicotine can leave a person feeling irritable, anxious and depressed, as well as affecting sleep. According to Psychology Today, nearly 35 million people per year attempt to quit smoking, but reports found that most relapse within the first few days.

While difficult, there are ways in which to curb cravings and slowly reduce the addiction to nicotine. Here are a few tricks to help you out:

These are just a few ways in which to pass time while the need for cigarettes is pressing on your mind. While uncomfortable to experience and hard to resist, they will disperse after a few moments. Over time these will lessen, and you’ll find you have to distract yourself less frequently.

Stoptober is an opportunity for you, your friends and your family members to make a difference. The campaign is filled with support, guides and strategies to quit smoking altogether.

Vampire Vape will be helping you with literature and guides to make this process all the easier. Keep your eyes peeled as we share more information over the course of the month.