What Happens to your Body when you Stop Smoking? 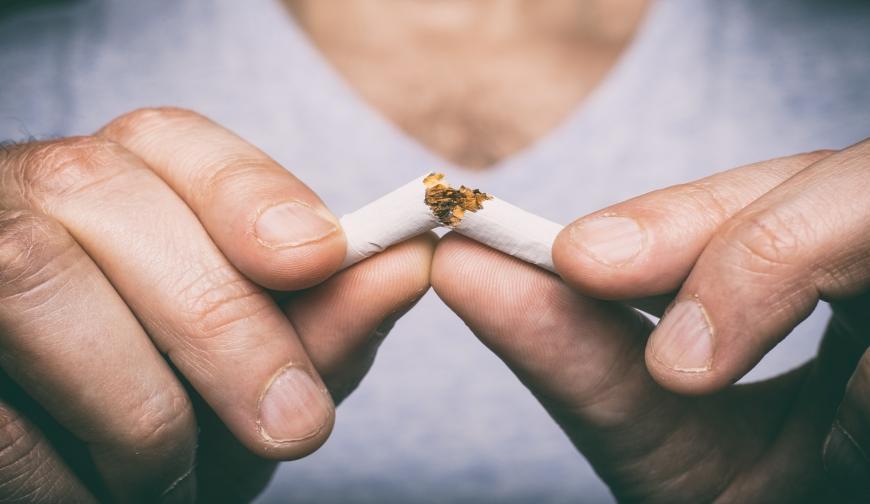 Giving up cigarettes has been a long-debated topic since it was first discovered just how toxic they are and the health ramifications not only to the smoker but to those around them.

Health bodies all over the world actively campaign to reduce and eliminate smoking across all ages. The World Health Organisation (WHO) reported that cigarettes kill more than 7 million people per year worldwide. WHO explicitly states that tobacco is the biggest health threat that the world has ever faced!

The tobacco epidemic has encouraged governments all over the world to launch programmes that help individuals ditch the cigarettes for good. While a difficult feat, giving up smoking can transform your health even within the first 20 minutes.

According to the NHS here is how your body starts to recover when you begin the quitting process.

Your blood pressure and pulse rate will start to return to normal.

Your body starts ridding itself of carbon monoxide leaving your blood more oxygenated.

The risk of a heart attack reduces as veins become less constricted, this allows more oxygen to reach the heart, enabling it to function better.

Your sense of smell and taste will start to return.

Breathing becomes easier as your lung capacity increases, allowing you to take in more oxygen.

Breathing and walking will become easier as blood circulation returns to normal.

One month is a huge milestone; experts say that after 28 days you’re five times more likely to quit successfully.

Not only do your chances of quitting for good increase, but your health also does too. After one-month fibres in your lungs start to grow back, these fibres help reduce excess mucus and protect you against bacterial infections.

With this, your energy levels will start to increase, and you'll start to feel more relaxed as the withdrawal symptoms begin to decrease.

In three short months, your body will well be on its way to healing itself. By now shortness of breath will have reduced, enabling you to walk and exercise for a more extended period. The risk of a heart attack will decrease even further and for women, fertility will improve and the risk of giving birth prematurely would have declined.

With improved health, you will also save yourself a considerable amount of money. According to the NHS, on average a smoker in the UK spends £250 a month on cigarettes. Based on that figure, three months without cigarettes equates to a £750 saving!

Your lung function will have increased by 10%, reducing coughing, wheezing and breathing problems.

The risk of heart disease would have dropped by about half of that of a smoker.

The risk of lung cancer falls to half of that of a smoker.

The risk of a heart attack would have decreased to the same as someone who has never smoked.

Giving up smoking can be a life-changing step that improves your overall health, however, giving up isn’t an easy feat. Quitters Circle reported that only 4-7% of people successfully quit cold turkey.

Due to this, many alternatives have been made available such as nicotine replacement therapy (NRT) which includes patches, gum, inhalators, tablets or lozenges and nasal or mouth spray. In recent years, e-cigarettes have become a successful alternative. In the UK around 2.9 million people use e-cigarettes, with 1.5 million being exclusive vapers, according to ASH.

Recent reports from health officials found that NRT's are less effective than e-cigarettes after results from a study found e-cigarettes to be twice as effective as NRT’s.

They’ve also become heavily supported by national organisations such as Cancer Research UK as well as government official bodies such as Public Health England and the NHS.

E-cigarettes have been a game-changer in the campaign against smoking with MPs and official bodies showing support for the devices. So much so, that Chief Executive of Public Health England, Duncan Selbie said that e-cigarettes are giving hope to England being tobacco-free in the next ten years.

If you’re a former smoker, why not share what the best change you saw after ditching the smokes?