VApril: 10 Facts You Need to Know! 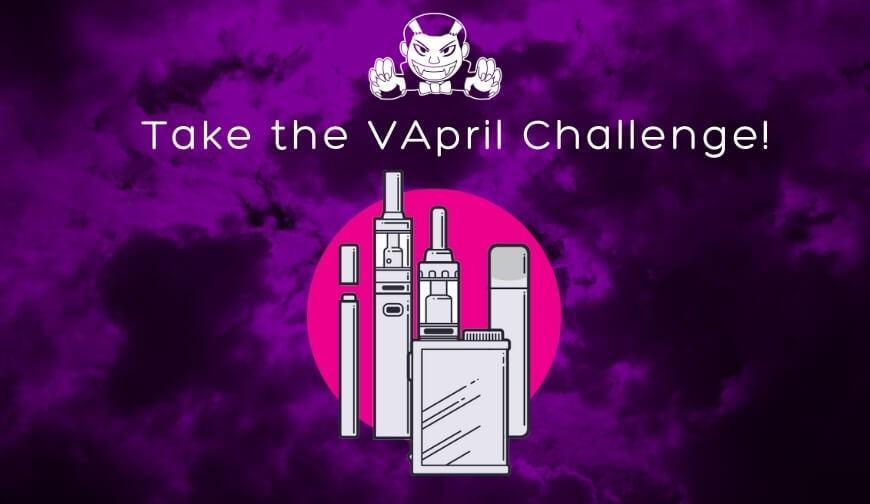 April or VApril as it’s known in the industry is an iconic month for the vaping industry as it celebrates vaping and the positive effects the devices have. It’s also a time to encourage and help others make the switch from smoking to vaping.

This month we’re pulling out all the stops, new flavours, new deals and a bigger emphasis on helping others find a successful alternative to switching from traditional cigarettes.

Research by the Royal College of Physicians found that e-cigarettes are almost being used exclusively as a safer alternative in a bid to reduce harm to themselves or others from smoking or to quit smoking altogether.

Public Health England has even stated that e-cigarette usage should be encouraged especially as a third of smokers in the UK are yet to try an e-cigarette. This could be due to negative reports that have discouraged people from making the switch. The IBVTA found only 17% of the public and 25% of smokers believe e-cigarettes are a healthier alternative.

As VApril dawns, the month that makes people aware of vaping, we want to share ten facts that will help encourage current smokers to take the first step towards a fresh beginning.

E-cigarettes have been proven to be at least 95% less harmful than traditional cigarettes as reported by Public Health England in the Independent Evidence Review.

Research by the Royal College of Physicians found that e-cigarettes are almost being used exclusively as a safer alternative in a bid to reduce harm to themselves or others from smoking or to quit smoking completely.

Financially, a vaper is much better off with Cancer Research UK reporting that an average vaper spends half as much as a smoker every month.

Not only does vaping save you money it also saves the UK £74,000 in NHS costs according to the Parliamentary Office of Science and Technology. Furthermore, the Royal Society of Public Health said that vaping helps save community smoking cessations by £760 million per year!

A team of researchers in America conducted a study that suggested vaping could save 6.6 million lives in the next ten years IF the majority of smokers switched to an e-cigarette.

E-cigarettes have been claimed as a successful alternative that could see a tobacco-free England in the next ten, an opinion shared by PHE Chief Executive, Duncan Selbie.

VApril is the world’s largest vaping awareness campaign that occurs throughout April with the goal of helping others switch from smoking to vaping. The month-long campaign aims to break the stigma surrounding the devices and make more people aware of the benefits of vaping.

Following this, the Science and Technology MPs Committee continue to lobby the government to relax the laws on vaping and allow the usage of e-cigarettes in public places including but not limited to bars, pubs and train stations etc.

During VApril, how will you be helping friends and family make the switch?