Vaping vs Smoking: The Facts You Need to Know! 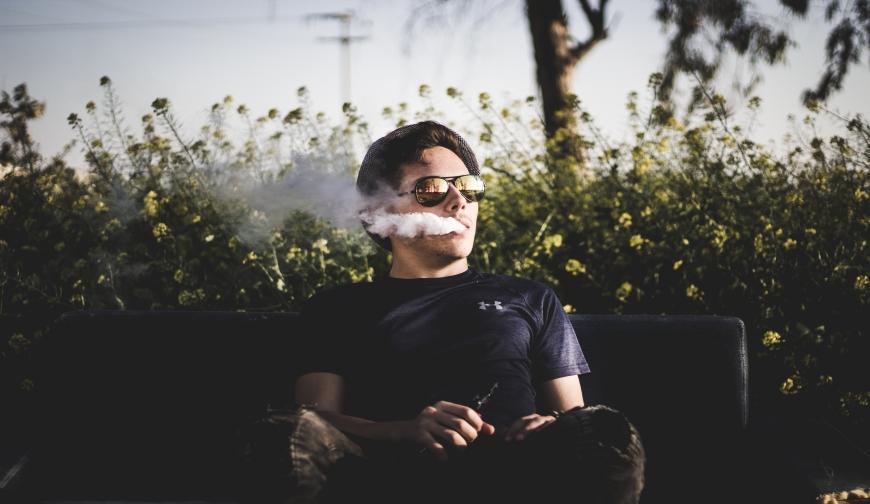 In aid of Stoptober, we’re taking on the age-old debate of vaping vs smoking. The war on cigarettes has been going on for decades, and, while the dangers of tobacco are constantly advertised, smoking is still an epidemic all over the world - that was until e-cigarettes entered the market.

Over the last few years, support for the devices has grown massively, following the revolutionary report from Public Health England that stated e-cigarettes are 95% less harmful than traditional cigarettes. This initial report sparked interest and led to MPs calling on the government to relax the laws around vaping in public places.

According to the NHS, an estimated 2.9 million Brits use e-cigarettes with around 1.5 million having completely stopped smoking cigarettes following the usage of the devices.

Despite this, there is still a nervousness when it comes to measuring e-cigarettes against cigarettes. According to PHE, nearly half of the population doesn’t realise e-cigarettes are less harmful than conventional cigarettes.

After researching the reservations many have, we’ve sought expert advice that will answer your questions.

Are E-cigarettes a Less Harmful Alternative?

What is the difference between E-liquid and Tobacco?

Can you Smok & Vape at the Same Time?

Will it Save me Money?

Where can I use my E-cigarette?

Are E-cigarettes a Less Harmful Alternative?

Yes. Experts across the board have said e-cigarettes are better primarily because they do not contain tobacco. A study funded by Cancer Research UK found that those who vaped e-cigarettes had 97% less cancer-causing chemicals than cigarette smokers.

Whilst vaping itself has not been associated with any severe health risks in the UK. Some people have concerns about second-hand vapour, but there have been no links to it causing harm to others. According to the NHS and the California Department of Public Health, second-hand vapour is harmless.

The Royal Society of Public Health reported that an estimated 22,000 Brits per year use them as an aid to quit smoking. Following this, officials said that the devices are twice as effective as nicotine replacement therapies, which extends to patches, gum, nasal spray, lozenges and inhalers.

What is the difference between E-liquid and Tobacco?

The primary difference between the two is the lack of carcinogens in e-liquid - that are linked to pulmonary disease, cardiovascular disease and lung cancer, among many other ailments.

The four ingredients of e-liquid are Propylene Glycol (PG), Vegetable Glycerine (VG), Nicotine and Food Flavourings. The elements PG and VG have been researched for decades and are prominent ingredients in many foods, medicines, herbal and cosmetic products.

Under TPD law in the UK, every bottle of e-liquid must be screened by a third-party laboratory before it can be sold in the market. This ensures that no harmful chemicals are present. At Vampire Vape, we conduct vigorous tests on every flavour, in our state of the art laboratories, ensuring only the highest quality juice leaves our HQ in Darwen.

See our blog on What is E-liquid for more information.

Previously, news outlets all over the world have reported that e-cigarettes have caught fire or even exploded, however, this is often misleading news.

The majority of these cases relate to advanced users who use more powerful kits. Primarily, the reasons relate to users not taking care of the battery or using unregulated devices. It’s imperative that you take care of the device as they do push out a lot of power, especially in devices that feature variable wattage, voltage and temperature control settings.

Starter devices, including pods and pens, have a safety warranty, having been produced by notable brands, who must meet the standards of the market.

For more information, see our blog on How to Take Care of your E-cigarette Battery.

Buying from reputable stores, such as Vampire Vape, who stock trusted and leading manufacturers, ensure you are buying trialled and tested products.

Can you Smoke & Vape at the Same Time?

Smoking and vaping at the same time isn’t recommended as you are still inhaling the carcinogens from traditional cigarettes. However, studies have found that doing both is no worse than smoking itself.

Switching in one step might be easy for some, but not for all. Nicotine is highly addictive, and for many, it can be too difficult to quit cold turkey. In such cases, cutting down gradually may help with the transition and is likely to make it a permanent one at that.

Will it Save me Money?

To calculate how much you would save, head over to the NHS smoking cost calculator.

Making the switch to vaping can be daunting, especially as there are so many variations of e-cigarettes. We always recommend that a new vaper choose a beginner kit that offers a simplistic and smooth vape.

All starter kits are all-in-one devices and require very little maintenance. They’re easy to understand, and once you become more familiar with vaping, you might consider upgrading to bigger devices that have more features.

Starting simple will give you the best opportunity of making the transition permanent. For more information see our new to vaping page!

Where can I use my E-cigarette?

While vaping has been proven to be less harmful and doesn’t leave a lingering smell, there are places in which it is not acceptable.

Where you can’t vape:

You should also be careful when travelling with your e-cigarette as there are some countries where restrictions are in place, with some countries banning them altogether. It’s best checking with the government's website of the country you are visiting.

For more information, see our blog Vaping Abroad: The Facts.

Vaping vs Smoking – The Verdict

Vaping has a lot of support from leading officials which extends to the NHS, Public Health England, Royal Society of Public Health, ASH and Cancer Research UK.

The conclusion drawn from said officials is that vaping is a lot less harmful than traditional cigarettes and that they have been fundamental in the progress of reducing the number of Brits still smoking.

Regarding the verdict, well that’s for you to decide, comment below with what you think!