The Future for Cigarettes 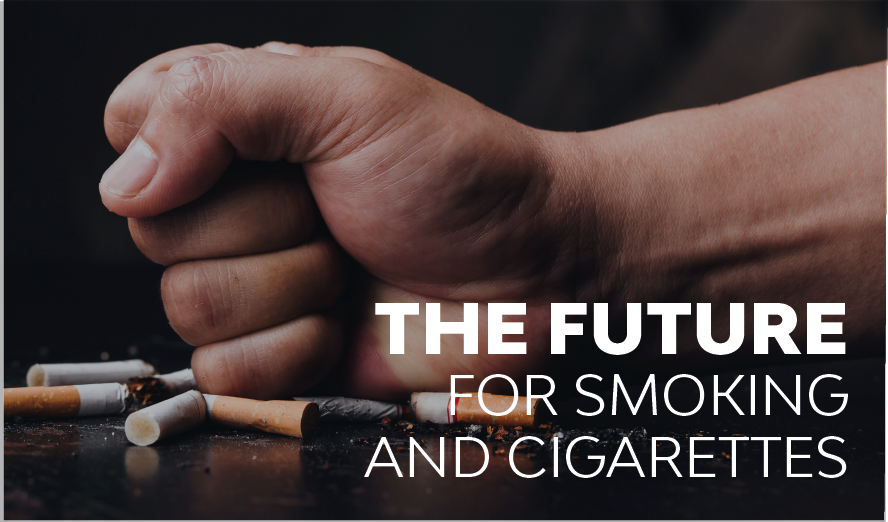 “The maker of Marlboro and other cigarette brands has a new mission: getting the world’s 1 billion smokers to quit smoking,” states a recent article in the LA Times.

Martin King, Philip Morris International America’s (PMI) chief executive told the paper: “Converting the world’s smokers is an extremely positive and lucrative business for us. In 10 to 15 years, we think cigarettes can be out of the market entirely — people will quit or, if they’re still using nicotine, it’ll be in a non-combustible way.”

While some are quick to say that vaping is a tobacco industry product invented to lure in a new generation of smokers, the truth of the matter is that electronic cigarettes are a consumer-driven disruptive technology that have been developed by independent companies separate to the tobacco industry.

Tobacco firms were slow off the mark as they didn’t predict what was going to take place. Japan Tobacco International (JTI) was the first to buy one of the early basic “cigalike” companies. Reynolds, British American Tobacco (BAT), and PMI followed suit, but the emphasis was to sit on the product rather than promote it in competition to their traditional tobacco brands.

Even when BAT officially launched Vype and Reynolds invested in Blu, sales were slow as the market that invented that technology had rapidly moved on. Nicotine consumers were driving development in their quest for a more rewarding experience – more flavour, better nicotine delivery.

New products were being launched monthly, each one building on the design successes that went before. Cigalikes gave way to cartomisers, cartos were dropped for Genesis atomisers with mesh wicks, gennys were swapped out for atomisers using cotton wicks. By the time Big Tobacco realised something big was taking place they were holding 1st Generation stock in a 3rd Generation world – 77% of British vapers currently use independent manufacturer’s tank systems.

This wasn’t something the industry was driving out of compassion or a sense of duty, vaping was forcing multi-billion-dollar businesses to accept a new paradigm – a future without tobacco.

The Past Is Not the Future in Tobacco Control

In a paper by Michael Cummings, Scott Ballin, and David Sweanor, the authors argue that change also needs to take place in the minds of those tasked with curbing the scourge of tobacco-related illness and death.

They state that there needs to be a shift in emphasis away from treating all nicotine products as though they pose equal harm, to accept there is a continuum of risk, and lower

Tobacco controllers frequently speak of an “endgame”, the ideal circumstances that would bring about a curtailment to inhaling burning tobacco smoke. It is a term adopted by world-leading harm reduction advocate Clive Bates when he addressed the pressing need for tobacco controllers to play catch-up in the way the tobacco industry has.

Bates wrote: “Where is the endgame now? Or maybe the more interesting prior question is: endgame for what? What will end and what, if anything, will continue? Does the endgame mean the end of tobacco and nicotine use? Or is the endgame, as I believe, the final stages of a transition—a shift from an unsustainable to a sustainable nicotine market?”

Peaking at 3.9 million vapers, the current figure for the number of vapers in Great Britain has dropped to 3.2 million, in part because many had used vaping to successfully transition away from smoking and nicotine use altogether.

As electronic cigarettes first began being used in the UK, the adult smoking was knocking around 20%, a figure that was stubbornly refusing to drop as the tried and tested quit measures ceased to have an impact. Over the course of a decade since e-cig use became mainstream, Britain’s smoking rate has dropped to 14.1% - an incredible success story. In fact, Britain and vaping stood head and shoulders above other European nations (aside from Sweden and its use of snus tobacco pouches).

Are we ready to achieve a smoke free future?

“Today, around two hundred people will die from smoking in Britain alone,” says Dr Sharon Cox. “This is often compared to a plane of smokers crashing down everyday [sic].”

Cox, a Senior Research Fellow at University College London, addressed the nation’s ability to achieve the government’s Smokefree 2030 target. The country needs, she comments, to speak louder about the mental health benefits of quitting, the impact on poorer communities, and the pressing need to support a switch to vaping with greater effort.

“A recent Cochrane review suggests that e-cigarettes are effective in helping people to stop smoking over and above behavioural support and licensed nicotine replacement therapy.”

The Political Landscape for Cigarettes in the U.K.

That Smokefree 2030 target is the focal point for the current Tobacco & Related Products Regulations (TRPR) review taking place in Parliament as, “Great Britain no longer has to comply with the EU’s Tobacco Products Directive and there is opportunity to consider, in the future, further regulatory changes that help people quit smoking and address the harms from tobacco.”

What we do know is that organisations like Action on Smoking and Health are pressing for tougher legislation and continued price increases on tobacco products. They are demanding larger warnings and an extension to the ban on flavours (including products designed to circumvent the ban like menthol cards to insert into cigarettes).

The political will is there to push through a tougher landscape for smokers and the companies producing these products are resigned to that. The only question that remains is whether the government will relax some of the restriction Europe placed on us – such as the 10ml e-liquid bottle size and the cap on nicotine content to 20mg/ml.

Advocates for a harm reduction approach are pressing for vaping to be made more attractive and accessible to smokers, and for companies to be allowed to share evidence. The political wind appears to be in our favour.

Ultimately, Martin King may not be the driving force in getting one billion smokers to quit, but his company will be swept along as electronic cigarettes continue to provide a compelling alternative to cigarettes.