The Benefits of Ditching Tobacco 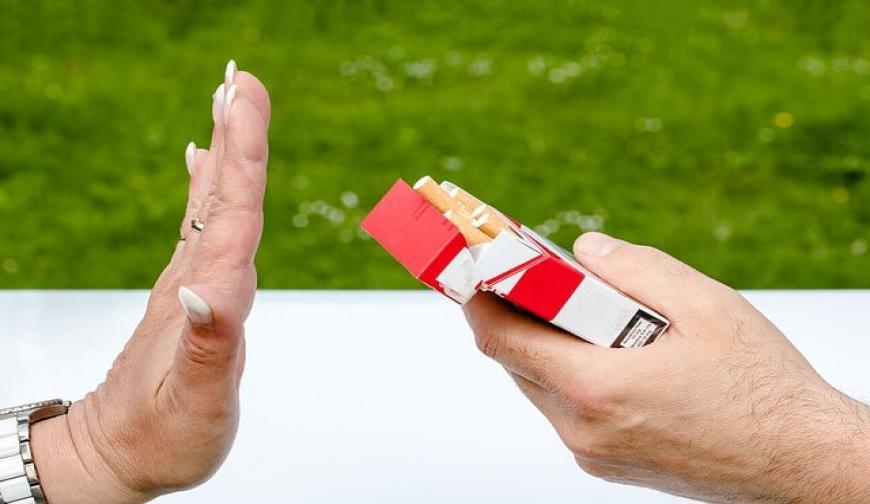 Today is World No Tobacco Day as initiated by the World Health Organisation (WHO). It’s a day dedicated to encouraging people to stop using tobacco.

Tobacco is a national substance that takes, on average, SEVEN million lives per year. It’s long been a campaign for governments all over the world to reduce tobacco consumption.

In the UK, there is a magnitude of cessation services that offer help, advice and point people in the direction of Nicotine Replacement Therapies and more recently, e-cigarettes.

Giving up tobacco can transform your health, starting just 20 minutes after giving up smoking.

What the NHS Say!

According to the NHS blood pressure and pulse rate start to return to normal 20 minutes after a cigarette has been smoked. Within eight hours, your blood becomes more oxygenated as the carbon monoxide starts to leave your body.

After just 24 hours, a risk of a heart attack declines as veins become less constricted, allowing more oxygen to reach the heart, enabling it to perform better.

Two days without cigarettes and your lung capacity starts to increase, making breathing much easier.

By five days, your risk of heart attack would have halved. Within two weeks walking and breathing starts getting easier with blood circulation returning to normal as your veins become even less constricted.

One month without cigarettes is a HUGE milestone with health experts claiming that a person is five times more likely to quit when they’ve been cigarette-free for 28 days. Not only is quitting for good an attainable achievement but your lungs will further feel the benefits. The fibres in your lungs will start to grow back; these fibres help fight against bacterial infections. During this time, your withdrawal symptoms will begin to decrease, making you feel more relaxed and energised.

By month three, exercising or walking for an extended period of time will be much easier as breathing becomes less constricted. The risk of a heart attack would have further decreased, whilst a women’s fertility would have improved, and the risk of a premature birth would have decreased.

Within six months lung functionality will see an increase of 10%, which will reduce breathing problems, wheezing and coughing.

Giving up is an appealing thought, it’s also one that’s a challenge, the charity Quitters Circle reported that only 4-7% of people quit cold turkey.

Nicotine Replacement Therapies (NRTs) and e-cigarettes have been advocated by leading officials, with the NHS promoting these throughout their cessation programmes.

E-cigarettes, in particular, have seen a massive push following support from Cancer Research UK, Public Health England and the NHS. This has since occurred following more research that found them to be twice as successful as NRTs.

Further research has also found that if the majority of smokers transitioned to vaping that it could save over SIX million lives.

National No Tobacco Day is a big event that encourages and helps individuals take the steps towards a fresher life. With that, what was the key element that helped you to ditch tobacco?