UK to Stub Out Menthol Cigarettes 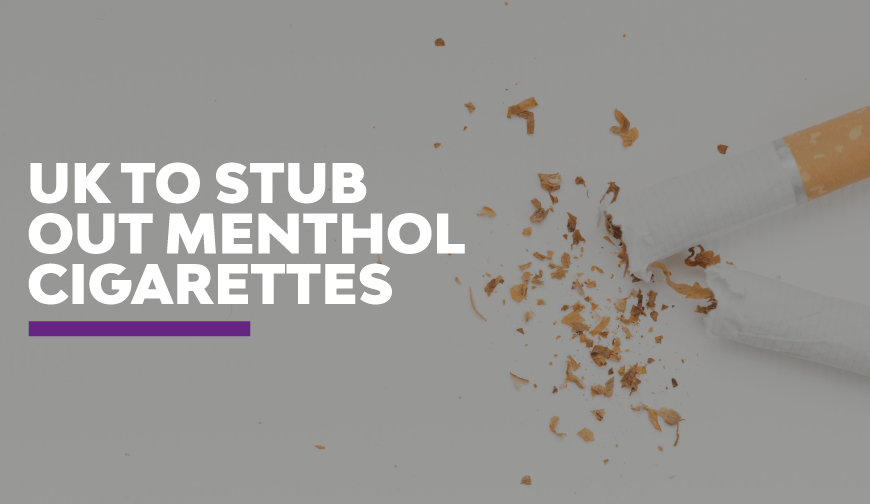 Why are menthol cigarettes being banned?

Menthol Cigarettes will soon be wiped off the British market following an enforcement menthol cigarette ban in May 2020. The ban was initially proposed in 2016 with a deadline date of removal by 2020.

The ban will not only wipe out menthol cigarettes but also dual cigarettes and rolling tobacco following a crackdown on smoking in the UK and EU.

The talks of a ban first came from WHO (World Health Organisation) after releasing a 70-page review on smoking and in particular of smoking menthol cigarettes. Ultimately the consensus was that menthol cigarettes should be banned.

The primary concern was the appeal of menthol cigarettes to young people, with these being dubbed as a characteristic flavour that makes cigarettes more enticing.

The proposal of a ban caused shockwaves in the tobacco industry with tobacco manufacturer Philip Morris attempting to appeal the ban at the European Court of Justice. This was overturned by the court who are attempting to eradicate the use of cigarettes. In America, the ban proposal saw stocks fall for British American Tobacco (BAT) by 9.5% resulting in a £7 billion loss. Such losses are expected to follow when the ban is fully enforced.

Smoking in the UK

Despite attempts to stop the ban, the EU and UK are determined to remove all types of menthol cigarettes and products, including filters and dual cigarettes from the market.

Currently, 7.4 million Brits smoke, with a large proportion being menthol smokers. The NHS estimates that 78,000 people in the UK die from smoking per year, with many more living with smoking-related illnesses.

Cancer Research UK reported that smoking in the UK costs society £30.1 million every year. The removal of menthol cigarettes will impact many smokers whilst also being a deterrent to youngsters and ultimately prevent them from taking up a health-impacting habit, therefore relieving stress on the NHS.

In a few short months, those smoking menthol cigarettes will have to either go cold-turkey or source another means to curb cravings. The charity ASH reported that the menthol ban could boost the number of vapers in the UK, with retailers anticipating a rise in sales from smokers who favour menthol cigarettes.

For those who smoke menthol cigarettes, now is as good a time as any to make the switch over to vaping. Vampire Vape manufactures some of the very best menthol flavoured e-liquids around. From the world-famous, award-winning Heisenberg, to the ever-popular Ice Menthol, we're sure to have you covered.

The DotPro is the perfect device to support you during the transition from smoking to vaping. Unlike some of the more advanced devices which can feel a bit big and cumbersome, the DotPro is a small, lightweight and compact device that easily fits into your pocket or bag. The 'no-mess' pod system makes it a breeze to use, and it comes with a great range of flavours.

In the past few years e-cigarettes have generated support from leading organisations, including the NHS and Public Health England after research found:

How will the Ban Impact the UK?

The ban is another step towards England becoming tobacco-free. The tobacco industry has already seen a decline in smoking, with a 5% drop from 2011 to 2018 while the rise in e-cigarettes continues, with an estimated 3.2 million adults in the UK using a device.

This new law could see a further reduction in smoking as more take the step to quit. A survey by the government found that 58.4% of people aged 16 years and above said they wanted to quit.

With the ban looming, how do you think the menthol cigarette ban will impact smokers and the tobacco industry? Will you be making the switch to vaping? Let us know in the comments section below or join the conversation on social media with #drivemementhol