Is it Safe to Vape? Officials Think So 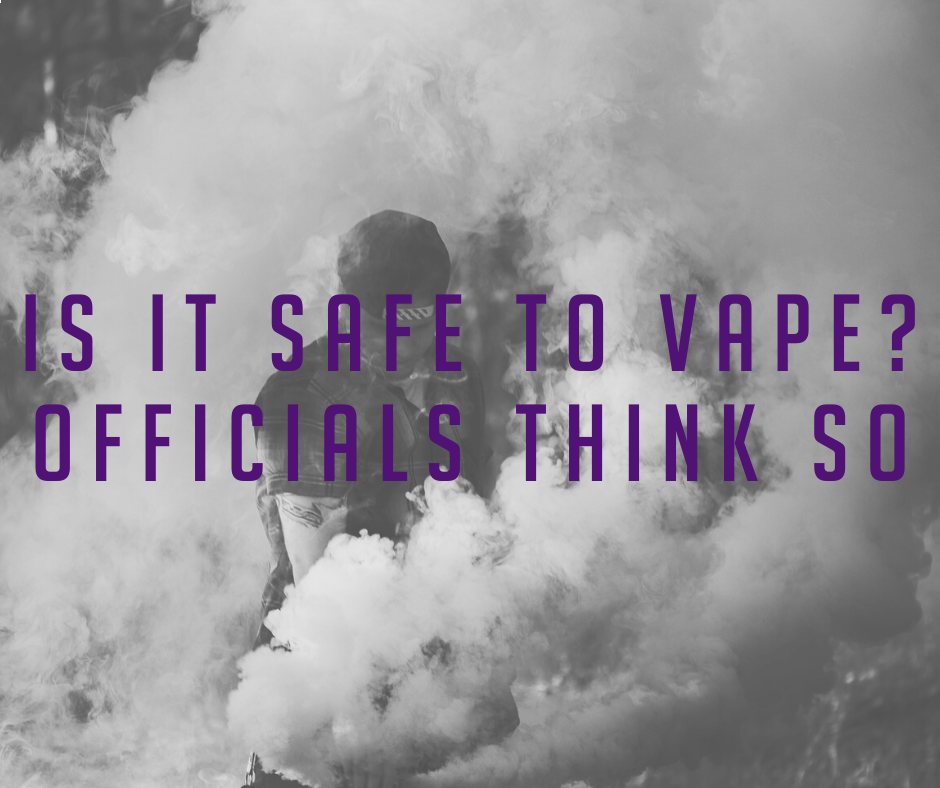 Vaping continues to comp under the spotlight as news outlets report once more about the negatives of vaping, using a case from 2017 to claim that vaping was the cause of a severe lung illness in a teenager. This comes after reports in America that 11 people died from vaping.

What wasn’t clearly stated was that the people in the US were vaping unregulated and illegal THC liquid.

Following such stories, leading UK officials and the Vape Association, IBVTA have spoken out to dispute these claims.

The IBVTA published a statement following the report and said: “Given the nature of what appears to be a very serious incident, the IBVTA is very keen to understand whether it was reported to MHRA at the time of occurrence, whether the products associated with the alleged incident were compliant with UK regulations, and whether appropriate action was taken at that time.”

Currently, in the UK, 3.6 million people vape, using the devices as an aid to quit smoking. The UK is one of the very few countries that fully supports vaping, from government officials and even the NHS.

Only today vaping was further supported by Dr Hilary on the Lorraine show who said: “If you want to quit tobacco think about vaping, it’s 95% less harmful than smoking.”

He even said that incidents in the UK are most likely linked to people having an allergic reaction to a specific ingredient in e-liquid rather than just being caused by vaping. There are four ingredients in e-liquid, three of which are widely used in food, cosmetics and medicines. For more information, see our blog What is E-liquid.

Dr Hilary isn’t the only one advocating the use of e-cigarettes, Professor John Britton of the UK Centre for Tobacco & Alcohol Studies Committee showed support in an interview with Channel 5.

“Vaping is a no brainer. If you smoke, you should switch to vaping as soon as you can.”

In the interview, Professor Britton said: “Vaping is a no brainer. If you smoke, you should switch to vaping as soon as you can.”

The usage of e-cigarettes and e-liquid is heavily regulated in the UK following the introduction of TPD regulations in 2016. This means that e-liquid must undergo strict tests before it can legally be sold in the UK.

At Vampire Vape, we have each flavour screened by a third-party laboratory to ensure that no harmful chemicals are present. Only when the e-liquid passes such tests, does the product leave our Darwen warehouse.

Vaping isn’t entirely safe, however, it is a less harmful alternative to smoking, as determined by Public Health England in 2018 whose findings suggest vaping is 95% less harmful than smoking.

E-cigarettes are the most effective alternative, with research finding the devices to be twice as effective as nicotine replacement therapies including nicotine gum, patches, lozenges and spray.

The rise in negative news stories has encouraged more officials to come forward and debunk these myths in a bid to encourage more people to vape. Such acts are key to raising awareness about the positives of vaping and putting people’s minds at ease when worrisome stories are published.