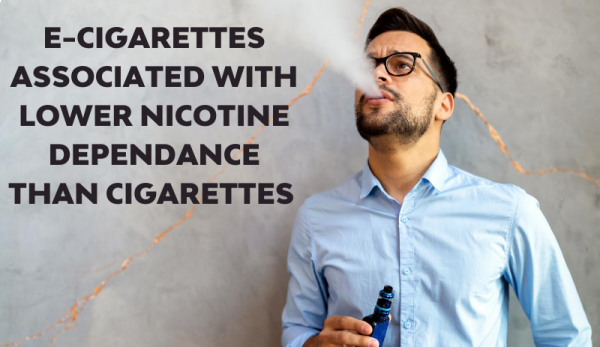 It’s another win for research that continues to analyse the nicotine dependence in e-cigarettes as a substitute for cigarettes. Smoking cigarettes develops a dependence on nicotine and recent data looks to support the positive effect of e-cigarettes as a method of quitting, with the use of electronic devices as an alternative source of nicotine.

“In every comparison, e‐cigarette use was associated with significantly less dependence than cigarette smoking”.

Researcher Saul Shiffman & Mark A. Sembower analysed cross sectional data from the Population Assessment of Tobacco and Health (PATH) – a national representative survey of tobacco use that enables population-based comparisons of dependence on cigarettes and e-cigarettes.

The study focused on different groupings of users to address the below questions: