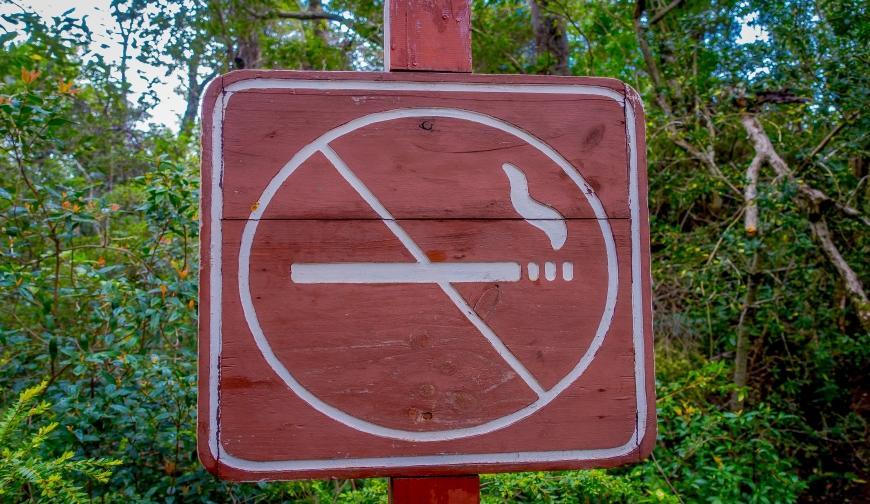 The second Wednesday of March is National No Smoking Day which was first supported on Ash Wednesday in 1984. This tradition has continued to prevail in a bid to encourage people to ditch cigarettes for good.

In the last year, there has been a massive push from leading bodies including the NHS, ASH, Cancer Research UK and the Science and Technology Committee have voiced their support for e-cigarettes.

This is not surprising given the fact e-cigarettes were recently proven to be twice as effective than nicotine replacement therapies.

In a recent survey undertaken by Vampire Vape, we found that vaping has had a positive impact that has transformed the lives of many.

Out of 563 participants, we found that 98% of vapers previously smoked with 87% saying that they would never smoke again.

One of the main reasons people made the switch was to improve their health, the second being that they could no longer stand the smell of cigarettes. When asked how vaping had benefited them, many commented about health improvements.

Breathing, coughing and overall health had since improved following the switch. Many participants also reported that they were financially better off. According to Love Money, on average a typical e-cigarette user would spend £240-£300 per year on e-liquid whereas a cigarette user who smokes five a day would spend £912.50, that is a saving of £612.50 or more depending on the number of cigarettes a person smokes each day.

Alongside this, our survey found that 87.7% of people exclusively vape and on average most hadn’t smoked a cigarette in two years.

Ultimately the survey found that vaping had a positive effect on people’s lives, with reports of better health and financially better off.

This comes in light of official reports from a team of researchers found that 6.6 million lives could be saved if the majority of smokers switched to vaping.

In the UK an estimated 2.9 million people vape which has led to official bodies research into the devices, analysing just how safe they are. So far research has found:

The stigma around e-cigarettes is slowly being chipped away with more studies proving the positives of vaping.

Following this, how do you think this will help with campaigns such as National No Smoking Day?