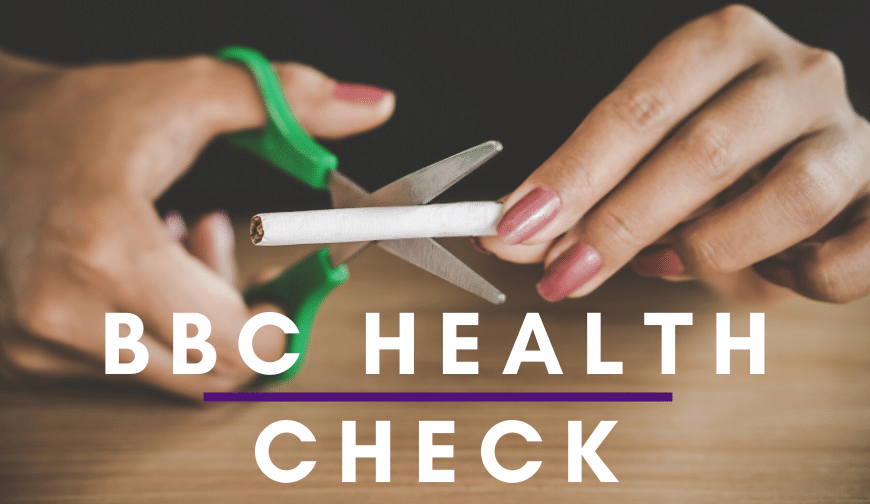 A recent documentary from the BBC has tested how safe vaping is compared to smoking cigarettes. Dr Zand van Tulleken and Michelle Ackerley have taken on the task of finding out how harmful smoking really is, and if vaping is a viable alternative.

In the documentary we met a 31-year-old bartender called Ace Langley who smoked 60 cigarettes per day. He tried to quit smoking cigarettes many times before by using patches and gum. However, the nicotine replacement therapies provided by the NHS made him dizzy, and so he ended up going back to smoking cigarettes. With the current COVID19 pandemic it has never been more important to look after your health, therefore Ace was advised by the BBC to try to give up, testing how successful vaping can be as a tool to make the switch.

“The main difference is that with cigarettes you inhale tar and carbon monoxide, but when vaping, the vapour does not contain those harmful chemicals. It contains a much lower number of chemicals which are safer. If people switch to vaping it would be a big step forward for their health.”

Dr Nick Hodgkinson a medical director of the Lung Foundation.

Various tests were carried out on Ace within this documentary, to track the toxic chemicals within his lungs, and to visually show him how harmful smoking really is. In one of the tests within this informative documentary, two jars were filled with cotton wool and pumped with either cigarette smoke or vapour from an e-cigarette. After a short while, the e-cigarette jar looked clean, no visual damage was done to the cotton buds inside the glass jar. However, inside the jar which was pumped full of cigarette smoke, the cotton wool was filled with a slimy orange/brown substance, and some of the cotton had even turned black.

The results were “disturbing” Ace mentioned, and he was now 100% committed to giving up to avoid health problems. He never wanted to touch cigarettes again.

Find out how Ace handled making the switch after five weeks of vaping in the short video below.