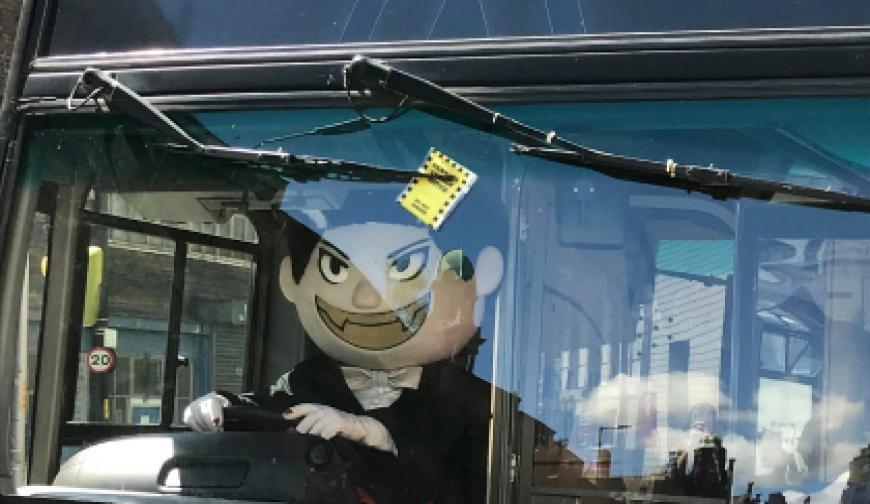 Industry giants, Vapouround are once again on their smoking cessation bus tour, stopping off at various points in the UK to help others take the step to a fresher life.

One stop being our Manchester store who will be kick-starting the May Bank Holiday with a day packed full of entertainment, competitions and information on e-cigarettes and e-liquid to the general public.

Event attendee, Jeffery, said: “I like the design of the bus and I like the idea behind it, that you can trade your cigarettes for a starter kit, it’s a really good idea, especially as that was what stopped me from smoking.”

Vapouround who have teamed up with Smoke Free Life, Nottinghamshire are running a unique trade-off in which members of the public can trade their cigarettes for a brand-new starter kit.

Lucy at Vapouround said: “We’ve been looking forward to Manchester and we’re hoping to help lots of people give up smoking and get them vaping with our cigarette for starter kit trade-off.”

This day is about creating noise and making others aware of the benefits of vaping. Last year the RSPH conducted a survey which stated that vape stores provide a healthy contribution to high streets. This follows the success of e-cigarettes which have been proven to be twice as effective as nicotine replacement therapies - this extends to patches, gum, spray, lozenges and inhalers.

It’s currently estimated that 2.9 million people in the UK use e-cigarettes with around 1.5 million being exclusive vapers, according to the charity Action on Smoking and Health (ASH).

The rising number of individuals using the devices have caused debate, which in turn led to multiple investigations by leading health officials. So far, it’s been determined that e-cigarettes are 95% less harmful than traditional cigarettes, according to Public Health England.

Kara, an event attendee said: “Vaping has been essential for me as I was diagnosed with adult asthma, I’d been smoking since I was 16 and I got off cigarettes with vaping. It was far more successful than anything else that I’ve tried and now I’m on zero nicotine and mainly vape for the flavour and pleasure of it. I’m definitely happier and healthier for it!”

At Vampire Vape, we champion success and hope to deliver a selection of e-liquid flavours that suit varying palates and ultimately help the switch become a permanent one.

How has vaping helped you?